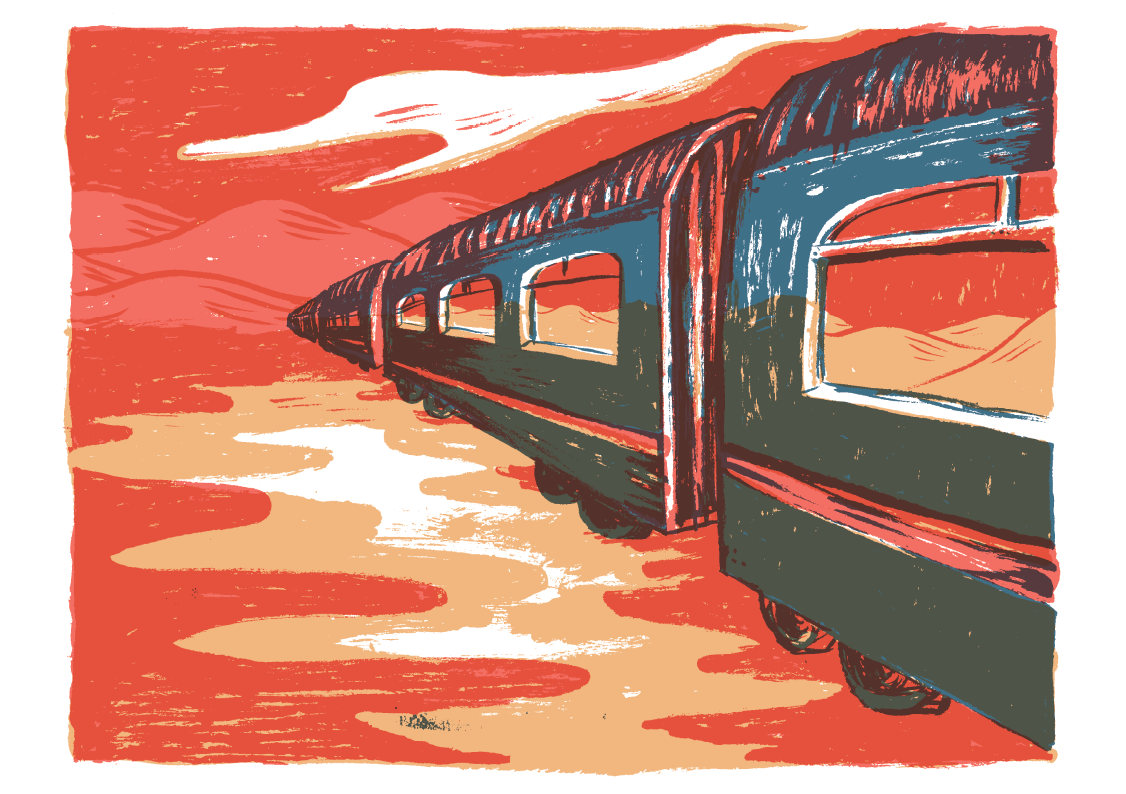 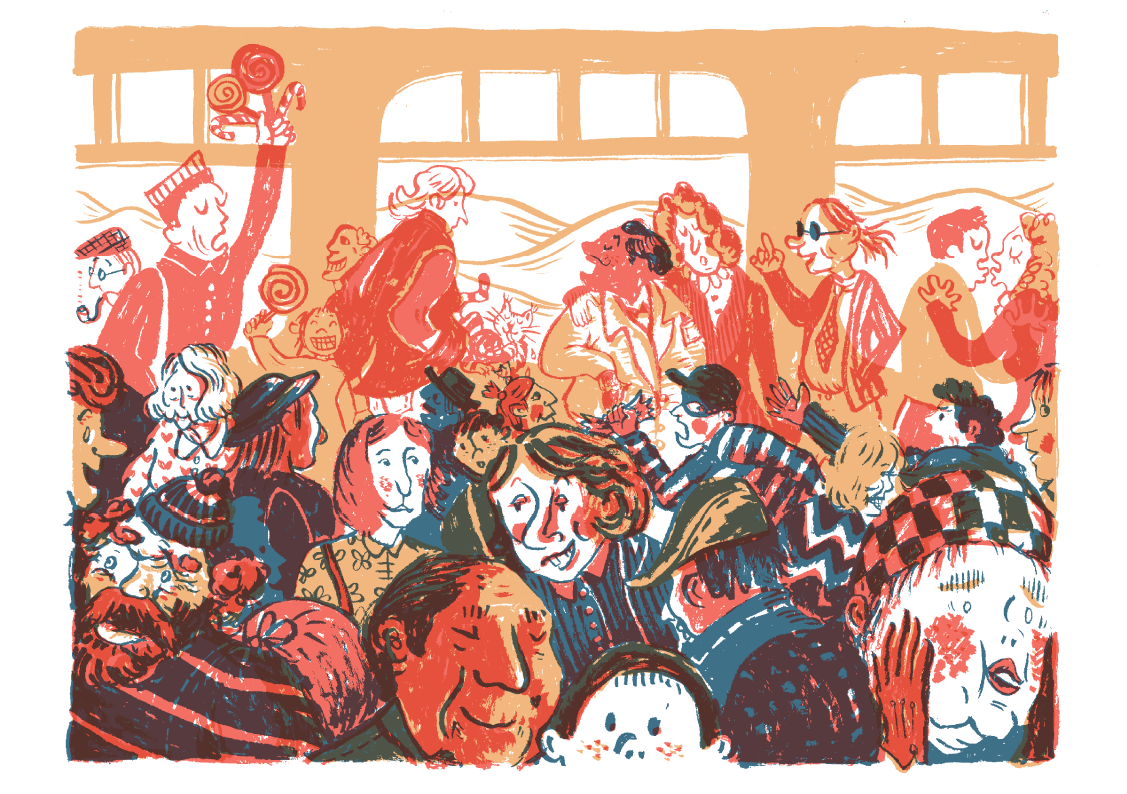 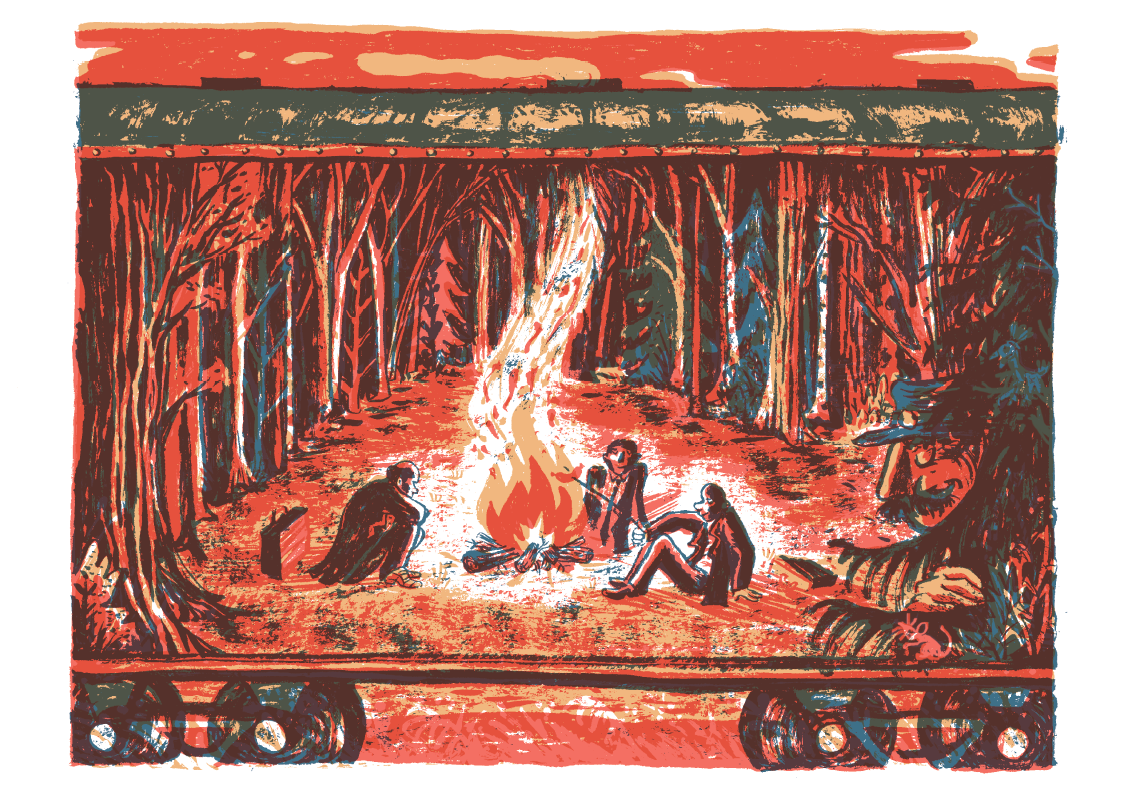 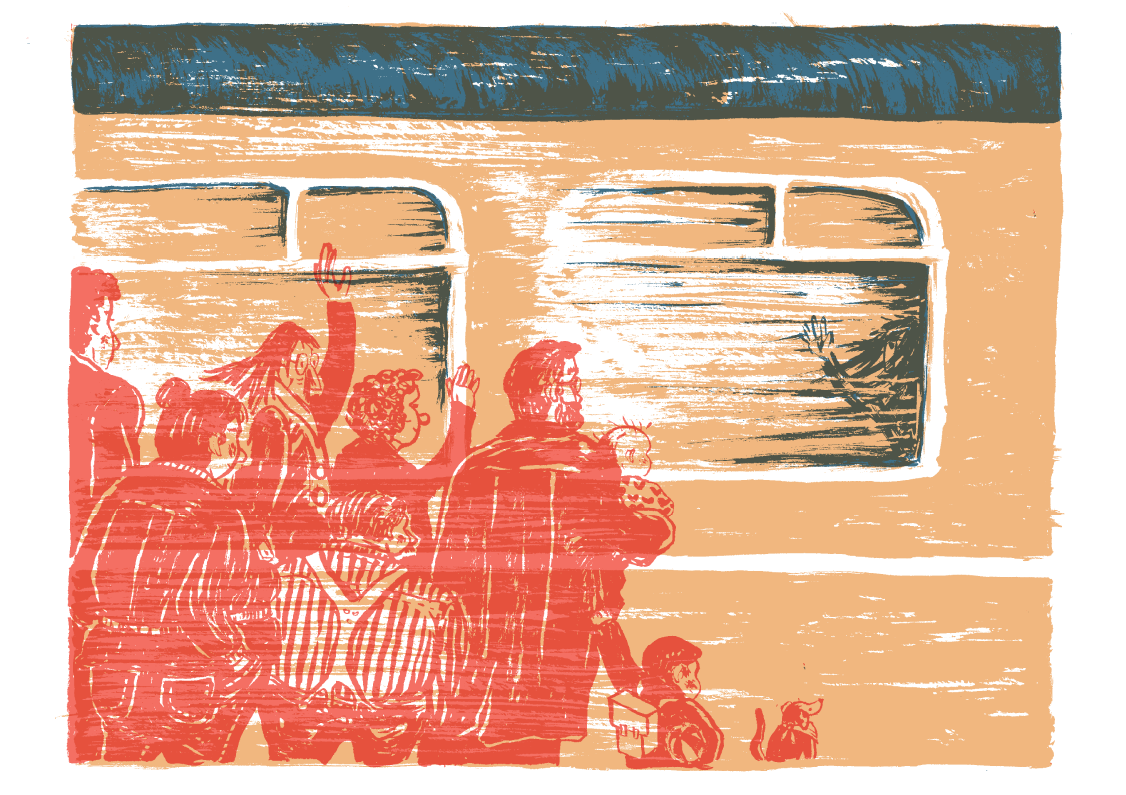 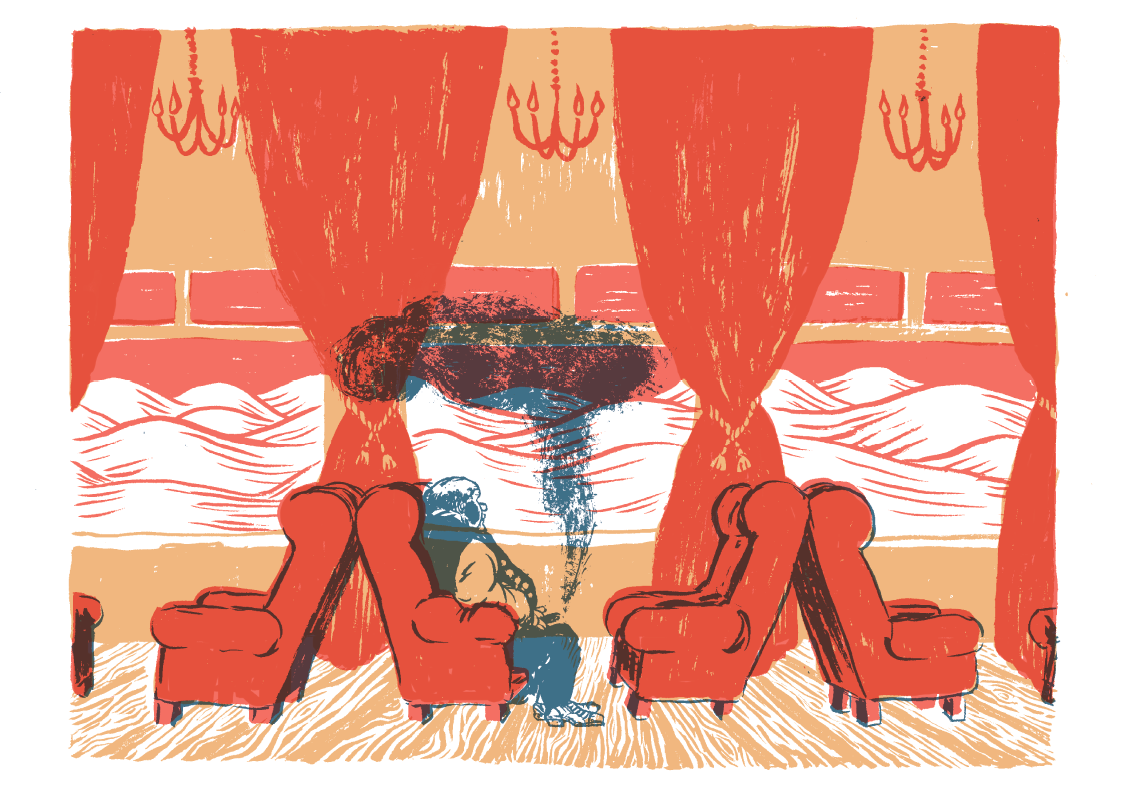 These illustrations were created during the “Future Lab” workshop, mentored by Berlin based illustrator Nele Brönner.

Six young illustrators from Russia, Austria and Germany took part. “Future Lab” was held for one week in the German town of Buckow, during the “3rd International Brandenburg Picture Book Festival”.

The series of illustrations is loosely based on reading the 1929 poem “Das Eisenbahngleichnis” by German author Erich Kästner. You can read the poem (in German) here. 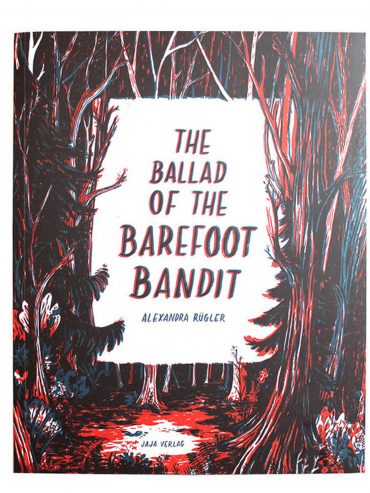 The Ballad of the Barefoot Bandit 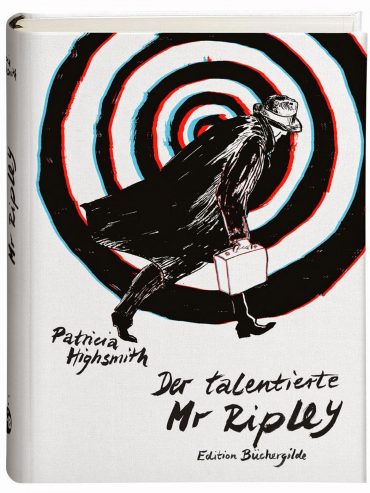 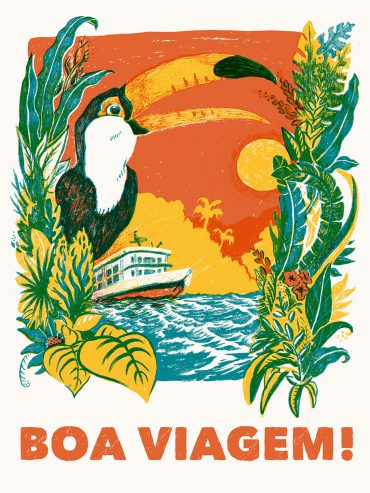 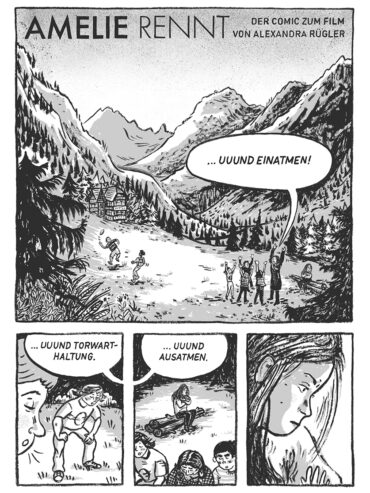